The Incredible Story of the Immortal Jellyfish 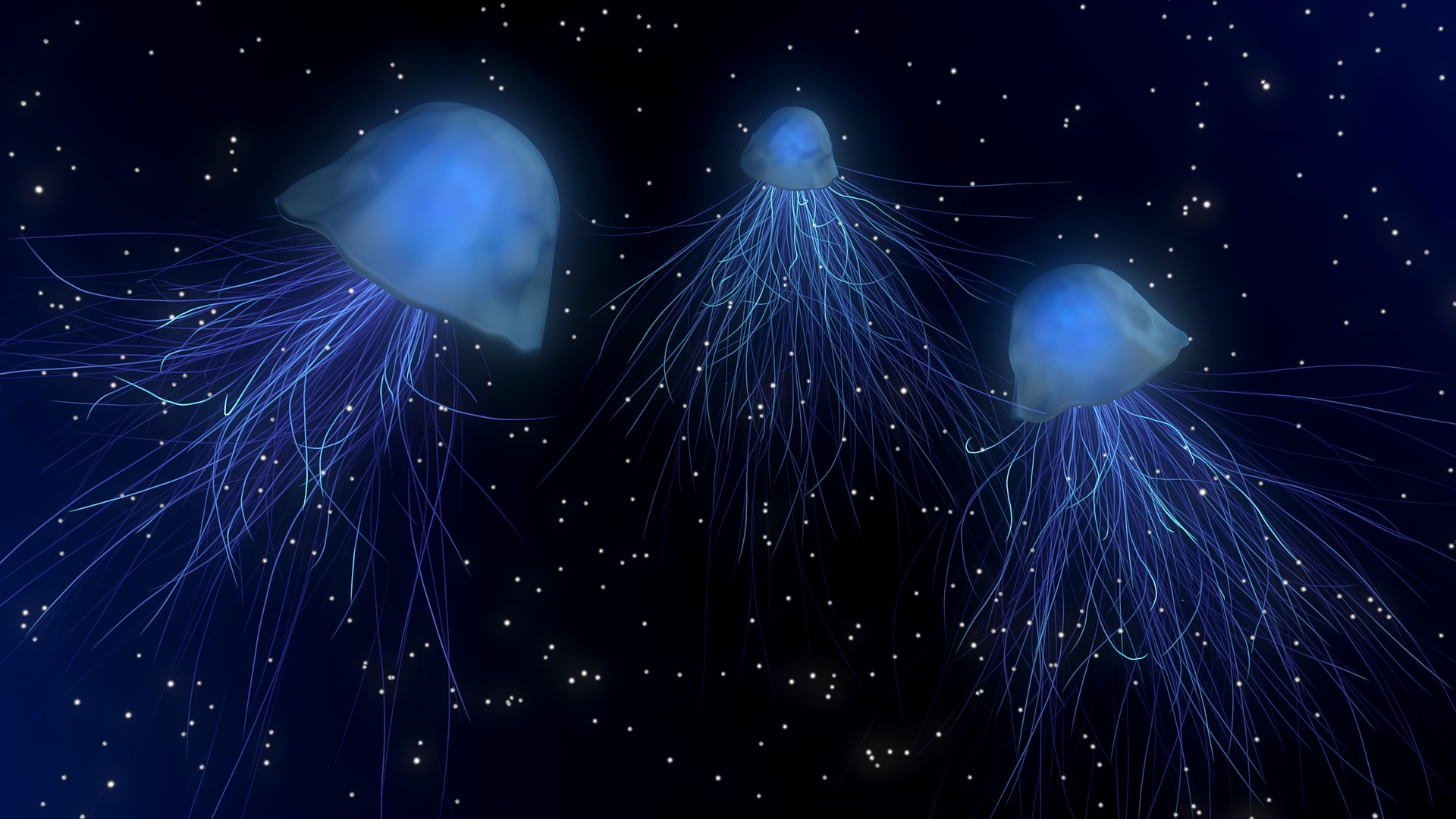 Turritopsis dohrnii, a hydrozoan of the Oceanidae family, together with Turritopsis nutricula, is the only animal currently known to be able to rejuvenate or regress entirely to a state of sexual immaturity, after reaching full sexual maturity. The name was attributed to it in honor of the biologist Anton Dohrn.

The first to note that Turritopsis dohrnii is capable of rejuvenating was Christian Sommer, a German marine biologist who identified it in the late 1980s while carrying out studies on hydrozoans in the waters of Rapallo, a charming town and popular tourist destination on the Ligurian coast, in Italy. The little jellyfish floated in the Ligurian Sea when the young biologist collected it while he made his measurements by taking samples with a plankton net. One day he noticed something different among the little floating organisms: it was the delicate immortal jellyfish.

The jellyfish was transported to the aquarium of the Genoese biologist Giorgio Bavestrello, who intended to study its life cycle. Still, the environmental conditions in the aquarium were not the best for the Turritopsis, the stress to which the jellyfish was subjected triggered the rejuvenation mechanism, and the day after the transport the biologists discovered that instead of the jellyfish there was a polyp. Turritopsis dohrnii had regressed to a juvenile stage of life prior to observed normal development.

The normal lifecycle of a jellyfish is this:

The jellyfish was subsequently studied by a group of scientists, led by Ferdinando Boero, professor of the University of Salento and associated with CNR-ISMAR, and Stefano Piraino. Their work, which describes the species at every stage of development and how it can rejuvenate, was published in 1996. Ferdinando Boero explains that it is “as if a butterfly could reverse its life cycle and somehow return to being a caterpillar, or a chicken suddenly turned into an egg”, describing how the species, at each stage of development, may decide to reverse course in the opposite direction, thus escaping death. An ability that has also earned it the name of medusa Benjamin Button, like the character made famous by the short story by Francis Scott Fitzgerald and by the film of the same name.

Despite its extraordinary ability, Turritopsis dohrnii is very delicate and does not easily survive in captivity. At the moment, only the scientist Shin Kubota, of Kyoto University, has managed to keep a culture of Turritopsis dohrnii alive for a long period (at least two years). Kubota is one of the scientists who spend the most time studying this jellyfish and is often interviewed by the Japanese media.

Turritopsis dohrnii showed us how the biological laws of aging could be defeated. Can its DNA hold the secret to our immortality? To the scientists the arduous sentence.

A Close Encounter With Our Sun

The Arecibo Message: A 25,000 Light-Years Journey Before Being Delivered

A Solution to Slow Down Biological Aging: Walk Briskly

Preparing Your Mind and Body for a Long Bicycle Journey

The Habit of Silence

Explore the Taste of the Scottish Highlands – With a Haggis Meal

We use cookies on our website to give you the most relevant experience by remembering your preferences and repeat visits. By clicking “Accept All”, you consent to the use of ALL the cookies. However, you may visit "Cookie Settings" to provide a controlled consent.
Cookie SettingsAccept All
Manage consent

This website uses cookies to improve your experience while you navigate through the website. Out of these, the cookies that are categorized as necessary are stored on your browser as they are essential for the working of basic functionalities of the website. We also use third-party cookies that help us analyze and understand how you use this website. These cookies will be stored in your browser only with your consent. You also have the option to opt-out of these cookies. But opting out of some of these cookies may affect your browsing experience.
Necessary Always Enabled
Necessary cookies are absolutely essential for the website to function properly. These cookies ensure basic functionalities and security features of the website, anonymously.
Functional
Functional cookies help to perform certain functionalities like sharing the content of the website on social media platforms, collect feedbacks, and other third-party features.
Performance
Performance cookies are used to understand and analyze the key performance indexes of the website which helps in delivering a better user experience for the visitors.
Analytics
Analytical cookies are used to understand how visitors interact with the website. These cookies help provide information on metrics the number of visitors, bounce rate, traffic source, etc.
Advertisement
Advertisement cookies are used to provide visitors with relevant ads and marketing campaigns. These cookies track visitors across websites and collect information to provide customized ads.
Others
Other uncategorized cookies are those that are being analyzed and have not been classified into a category as yet.
SAVE & ACCEPT